¶ 1 Leave a comment on paragraph 1 0 In 2014, the University of Iowa Libraries announced an initiative to digitize thousands of science fiction fanzines from the James L. “Rusty” Hevelin Science Fiction Collection and create a text-searchable database of their content. In May 2015, I was hired by the UI Special Collections Department as Digital Project Librarian to work alongside the Curator of Science Fiction & Pop Culture, Pete Balestrieri, to execute this massive task. Because of its scope and relevance to current cultural discussions, the project has attracted considerable media attention, and as a result, Pete and I have participated in interviews for a variety of publications (Slate, Library Journal, The Verge, and Iowa Public Radio, to name a few). Pete and I play different roles in this project; when talking with the press, Pete provides the background and history of the collection, while I describe the technical realities and processes of digitizing it. Finding the best way to work with the media has taken some time, both to develop best practices and to get familiar with this new role. It is a role, too, that is increasingly common in librarianship.

¶ 2 Leave a comment on paragraph 2 0 I believe that this project is going to change the face of science fiction scholarship, so usually I am eager to discuss it with reporters. In every interview I have participated in, no matter what medium, I am meticulous about facts, always stating clearly how the project will unfold and what effects it will have. In the beginning, I approached each interview with librarian-esque perfectionism to ensure that only correct information was allowed to circulate. I quickly learned that my perfectionism was not going to be accommodated—articles can still contain errors or misrepresentations. This can be nerve-wracking to say the least; frequently, Pete and I would discover errors in an article after it had been shared on the UI Special Collections Tumblr and other department-run social media. We were often pushed to simultaneously promote and correct, which left us feeling harried and conflicted. After a few rounds of this, we decided that we would only contact an author of an article if crucial facts regarding the collection were incorrect. However, once something is out in the ether, it is difficult to regain control of it. For instance, some errors repeat themselves in multiple articles over time, because different authors are sourcing their information from earlier articles instead of fact-checking with us. Consequently, I try to ensure that information about a project (including contact information for those involved, if they are comfortable with that) is available somewhere easily accessible to the public. For instance, alongside our publicity, we continually update the Hevelin Tumblr, which includes FAQ on the Hevelin project, as well as contact information for both Pete and me. That way, if our publicity raises any questions for readers, they know how to contact us. Furthermore, it makes it easier for reporters to check their facts; if the correct information is out there, the responsibility is squarely on them. While this won’t fix shoddy reporting, it can offer peace of mind.

¶ 3 Leave a comment on paragraph 3 0 However the facts are represented, reading an interview that features you as the interviewee is somewhat uncanny. You see your words, but not quite—they are your words, pruned and curated by the author, occasionally to suit an entirely different context. For instance, one reporter contacted me via email to set up a phone interview. He provided a few questions about the nature of fandom today versus in the past that he wanted me to discuss in the context of Hevelin. We spoke a few days later and had a great conversation about fan communities on the internet and in fanzines. At the end, he asked if there was “anything else that [he] should know,” to which I responded, “No, I think we’re done!” We had discussed his questions at length, I had provided all the boilerplate information regarding the project, so we were good. Once the article was published, however, I realized that my interview was being used alongside others to support a different thesis than I had originally imagined. At this point, I realize that even if I feed an interviewer all the information I think is crucial, I have absolutely no control over how they use it. Furthermore, I can’t answer questions that haven’t been asked, nor can I discern what opinions an interviewer carries into the interview (and consequently into the article) if he doesn’t voice them. You can’t anticipate how someone will structure their thoughts and opinions, or at what point the structure apparent in the article takes shape. You also can’t control what someone takes away as important from an interview. In the case of this article, we contacted the editor twice about factual information, but at a certain point we had to stop managing. It is simultaneously difficult and freeing to recognize that the library’s interests do not map perfectly onto the media’s.

¶ 4 Leave a comment on paragraph 4 0 For librarians experiencing or expecting a high volume of public interest in a project, my advice would be to understand, at the outset, that the conversation will not always be “yours,” or the one you would like to be having. In short, one of the most significant lessons I have learned working on a highly publicized project is that there is only so much you can do to guide a conversation, and beyond the misrepresentation of hard facts, you cannot (and, arguably, should not) attempt to control it. 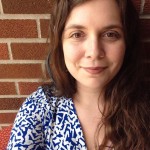