2What particular opportunities and challenges do social-protest archives face?

¶ 1 Leave a comment on paragraph 1 0 Perhaps the greatest opportunity the Preserve the Baltimore Uprising Archive has brought to MdHS is the ability to reach new people. With this comes the opportunity to truly democratize archiving, essentially telling more Marylanders that they are a part of history by including them in the collection and archiving process.

¶ 2 Leave a comment on paragraph 2 0 Archiving social protest can quickly become political and controversial. We took and continue to take criticism, from both the right and the left, because of our involvement in the Preserve the Baltimore Uprising Archive. When MdHS issued its initial call for photographs to document the events surrounding the killing of Freddie Gray, negative comments were left on its social media platforms, specifically on MdHS’s Facebook page. The comments ranged from sentiments such as, “How dare you glorify rioting” (paraphrasing) to threats such as “I’m cancelling my membership.” (We could never prove that the party who left the membership comment was ever a supporting member of MdHS.) Conversely, activists from the left have raised concerns about collecting images of individuals engaged in protest or unrest. One radio host suggested that the project, through the process of archiving, was encasing the events surrounding the death of Freddie Gray in amber. Exactly what the host was implying—either that archiving materials relating to Freddie Gray’s death was making them inaccessible or freezing them in an unnatural state—was not made clear. In either case, I disagree with this understanding of digital archiving.

¶ 3 Leave a comment on paragraph 3 0 Another great challenge has been collaboration. Asking engaged activists from groups such as Baltimore Bloc or Leaders of a Beautiful Struggle to pause what they’re doing in order to archive what they’re doing is a presumptuous request. We tried to keep this in mind from the start, but we invited these organizations to our public meetings anyway; we wanted them to have the opportunity to participate or raise concerns about our project. More surprisingly, even collaborations with other archives and museum professionals have proved challenging. Meeting times were not convenient for all the parties we wanted to have at the table. Some institutions wanted to vet other institutions before signing on to collaborate. Some faculty decided to participate independently of their institutions. Some meeting attendees were frustrated by too much technical discussion (re: the Omeka platform we chose to work with). It has been a great challenge to create an environment of trust for many reasons. 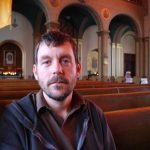