¶ 1 Leave a comment on paragraph 1 0 I want to assert a single fact, a simple, uncontestable reality that obtains broadly for any book, certainly any fiction or non-fiction trade book on the list of any major Western house, published in the last twenty to thirty years, and which will continue to obtain for any such book for the foreseeable future. (It also, of course, obtains for any of the now millions of digital surrogates that exist of books published in previous eras.) The fact is simply this: A book, nowadays, is a file, which is to say, it is a persistent digital asset stored in a digital repository somewhere.

¶ 2 Leave a comment on paragraph 2 0 Books are certainly many other things, too, including artifacts and texts and commodities and objects of desire and vectors for cultural power. But files—digital files—are also all of these things. Files, too, are salable, legible, desirable, hegemonic, and even, yes, material. So to say that books are now files is not simply to add another property to a list, but to assert something more fundamental about the way books interact with other cultural and medial forms.

¶ 3 Leave a comment on paragraph 3 0 In our 2014 State of the Discipline essay for the journal Book History, Sarah Werner and I wrote that “today book history shades ineluctably into media history.”1 We meant that books are a type of media (as they have always been) but also, and more specifically, that through their composition, production, and circulation they now share deep homologies with other media types, and they participate in the same systems and infrastructures of distribution and consumption. That last point, in particular, is one made by other observers, perhaps most forcibly by André Schiffren in The Business of Books, as he lays out the landscape of the industry after independent publishers have been systematically acquired by international media conglomerates like Disney, Warner, and Bertelsmann.2

¶ 4 Leave a comment on paragraph 4 0 But we’re getting ahead of ourselves, at this macro level. Let us return to files, and the micro. “File,” in fact, risks too tidy an impression; the contemporary book is an assemblage of digital assets, consisting, in practice, of multiple files and formats collected in what is known as a digital asset management system, or DAM. A book is thus also a network, since these digital assets must be orchestrated to interact with one another in structured and predictable ways in order to generate desired outputs, such as an ePub or an XHTML file. It follows from this that a book in the tangible sense—the thing that we actually hold—is in fact one medium-specific output derived from an interrelated network of digital assets. Books are thus the born-digital potential for books to become books first, and physical, tangible things in our hands only secondarily, as the print-on-demand model confirms. Put another way, the bookmaking process today bears more resemblance to 3D printing—which uses hot liquid polymers ejected from a computer-controlled nozzle to fabricate physical objects based on specifications in a digital file—than it does to books printed using hot metal.

¶ 5 Leave a comment on paragraph 5 0 We typically trace these developments to the introduction of the Macintosh computer and the rise of desktop publishing software: first Aldus PageMaker, then QuarkXPress, currently Adobe InDesign. Just as ink darkly impressed on the leaves of a hand-press book is but a shadow cast by the printer’s formes, every book nowadays has its simulacrum in a file. The best discussion of this I know is John B. Thompson’s in his own book on the book business, Merchants of Culture.3 What do editors and book designers do all day, he asks? They work with files, he tells us.

¶ 6 Leave a comment on paragraph 6 0 A little while back a friend at a New York City house known for its fine bookwork told me about a pipe bursting above their server room. No one had been able to get to the files on their intranet for a week, and the production department was—and I’ll quote the insider jargon—“freaking the fuck out.”

¶ 7 Leave a comment on paragraph 7 0 As the anecdote suggests, files, even digital files, are not just anywhere. They are always somewhere, stored on somebody’s hard drive. But figuring out whose is not always as simple as you might think, and according to Thompson there are no real industry standards. Storage is expensive after all, and files take up room. Why should the publisher keep files if the printer has them? Why should the printer keep files if the publisher has them? Why should a freelance editor keep her working files after the project is delivered and her monthly Dropbox quota is overflowing? Which files are compatible with which software and systems? All of this, and aging pipework to boot; clearly books today are as much of a mess as they’ve always been.

¶ 8 Leave a comment on paragraph 8 0 Right now, the conditions for duplicating D. F. McKenzie’s formative work on printing practices at Cambridge University Press simply don’t exist. The good news is we have helpers, and not just for the plumbing. Media studies has given us software studies, platform studies, critical code studies, and format studies, to say nothing of comparative textual media and media archaeology, or variantology, time criticality, and the stack. Archival science, meanwhile, has given us digital forensics, by way of the FBI and the DoD. Retrocomputing has given us emulators and interpreters, ROMS and abandonware, by way of hobbyists, fans, and otaku. But the challenges are cultural, legalistic, and infrastructural as much as they are technical or even theoretical.

¶ 9 Leave a comment on paragraph 9 0 And make no mistake, the challenges are real. Last year our colleague Martin Paul Eve received considerable attention for his revelation that there are some rather startling textual differences between the US and the UK editions of David Mitchell’s bestseller The Cloud Atlas.4 The explanation, which Eve received in an email from Mitchell himself, turns out to be unremarkable and will not surprise anyone familiar with the social dimensions of textual production: the manuscript had had two different editors at two different times in the New York and London offices of two different publishers, and no one had ever bothered to reconcile the changes, certainly not Mitchell himself, who had other things (like writing his next novel) on his mind. But the variants now immortalized in print (and in pixels) have genuine implications for how the text is read and interpreted, in ways Eve goes on to convincingly detail.

¶ 10 Leave a comment on paragraph 10 0 It’s nice that David Mitchell is still with us and was willing to answer a professor’s email. The author is not dead, yet. But once the author is, what recourse would a scholar such as Eve have had? Absent the author or some other individual with firsthand knowledge of the situation, a bibliographical explanation for the variants could only have been arrived at through an examination of the material evidence, which would have to include the digital files the different editions of the book were set and printed from. And where are those files? Well you might ask; they are perhaps in someone’s cloud somewhere, but no atlas exists to help us find them.

¶ 11 Leave a comment on paragraph 11 0 Which brings me to an action item: creating a group of bibliographically and bookish-minded folks to open communication with contemporary publishers about the prospects for book history and cultural memory in an age of files. I’ve begun assembling a list of participants and reaching out to potential partners. Are you interested? Please let me know: mgk@umd.edu. 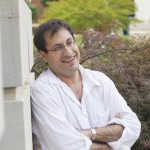 Professor of English – University of Maryland