1What does it mean for an archive to be, or to be made, “radical”?

¶ 1 Leave a comment on paragraph 1 0 Archives are, by their nature, conservative. Archives are about looking back, and they attempt to preserve a record of the past. The word “radical” derives from the Latin, radix, or root. In an etymological sense, then, archives could be said to be radical in that they support and enable those who are searching for the roots of today’s realities.

¶ 2 Leave a comment on paragraph 2 0 More commonly, however, radical is thought of as the expression of extreme ideas through words or actions, a challenging of the status quo, and the opposite of conservative. Archives are rarely seen as radical in this sense. The reality is that all archives function within resource-constrained environments. When resources are constrained, decisions must be made about what can be collected, how those materials support other areas of the organization, what can be properly preserved, what can be made available, under what conditions, and to whom. Most typically, these decisions reflect the prevailing power structures in society.

¶ 3 Leave a comment on paragraph 3 0 Many archives are part of larger institutions, which also tend to be socially and politically conservative and risk averse. Thus, archival collections commonly preserve and reproduce hierarchies of power that celebrate the accomplishments of those in power, whether they be the records of the institution itself, the archives of persons who dominated certain discourses, or archives of organizations that held power and influence in society. Within large institutions, the power relationships and activities in other areas of the organization influence the acquisition/collection mandates of archives; in its most troubling manifestation, the influence of conservative power structures results in marginalized peoples’ archives being considered disposable. Against this backdrop, an archives can be, or be made, radical by dedicating itself to preserving the records of those who have been disenfranchised and marginalized in mainstream society, and ensuring that those records are made accessible to the communities from which they came.

¶ 4 Leave a comment on paragraph 4 0 One of the functions of radical thought and action is to shift the center by staking out a position further from the mainstream. In so doing, the balance, or what seems moderate, can move incrementally in the direction of a more radical position. Archives that take steps to prioritize the collection and preservation of, and access to, records of marginalized peoples can also serve the radical function of providing leadership by showing more conservative and mainstream archives the value of doing such work. 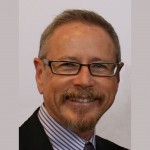 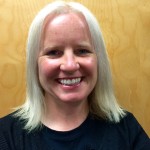