2What are its weaknesses? What do you wish it would let you do? What changes would you suggest?

¶ 1 Leave a comment on paragraph 1 0 I would like to see the Whitman Archive make more transparent the choices that go into deciding how texts are marked-up and encoded. Archive co-director Kenneth M. Price has written that the “ongoing decision-making” regarding the mark-up of texts on the Archive is “interpretive rather than mechanical,” and that this interpretive coding “adds intelligence to an electronic text . . . mak[ing] it robust and illuminating as a tool for analysis.”[ref]Kenneth M. Price,”‘Debris,’ Creative Scatter, and the Challenges of Editing Whitman,” in Walt Whitman, Where the Future Becomes Present, ed. David Haven Blake and Michael Robertson (Iowa City: University of Iowa Press, 2008), 67.[/ref] I admire Price’s forthright admission that marking-up a text for the digital medium is not merely a change in format, but an act of interpretation. As someone who visits the Whitman Archive on a regular basis, I’d like to have a clearer sense of what kinds of decisions—and, therefore, interpretations—are being made as texts are digitally encoded, and, specifically, what those decisions reveal about the textual condition of Whitman’s works.

¶ 2 Leave a comment on paragraph 2 0 This request is not based in a suspicion of any kind that the Archive directors are placing a biased interpretation onto Whitman’s poetry as they encode it for presentation on the Archive; rather, my request is based in a desire to following along on the process of discovery that Matt Cohen describes as an integral part of digital encoding: “As a student in the 1990s, doing transcription and basic encoding of Whitman documents, I learned a lot about textual structures that I had not encountered in seminars; when discussing these observations with the project directors, sometimes new areas of concern or future development would emerge.”[ref]Matt Cohen, “Design and Politics in Electronic American Literary Archives,” in The American Literature Scholar in the Digital Age, ed. Amy Earhart and Andrew Jewell (Ann Arbor: University of Michigan Press, 2011), 233.[/ref] The Archive is already a valuable resource for gaining access to Whitman’s works; it can also be a resource for learning about how Whitman constructed his texts in manuscript and in print by eavesdropping on the process by which these texts are reconstructed for the digital medium.

¶ 3 Leave a comment on paragraph 3 0 Directors and editors at the Archive have already begun to provide the kind of running commentary on the encoding process that I would like to see more of. Brett Barney, the Senior Associate Editor of the Archive, has written an insightful essay about his encoding the 1867 edition of Leaves of Grass that is available on the Archive, and both Price and Folsom have published, in a number of different venues, provocative essays that detail the lessons about textuality that they have learned from preparing texts for the Archive.[ref]Brett Barney, “‘Each Part and Tag of Me is a Miracle: Reflections after Tagging the 1867 Leaves of Grass,” The Walt Whitman Archive, accessed December 2, 2010 http://www.whitmanarchive.org/about/articles/anc.00002.html. Additional essay by Folsom and Price are also available at http://www.whitmanarchive.org/about/articles/index.html.[/ref] Currently, the Whitman Archive makes available the TEI-encoded XML source files for the major texts on the Archive as well as the Archive’s encoding guidelines and related DTD files. As much as I value this peek into the inner workings of the Archive, the process by which these XML files are created—the “ongoing decision-making” Price refers to—is as important as the product itself. The Archive could benefit from more self-reflexive commentaries on the encoding process, perhaps using Barney’s essay as a model. The recently added WWA-Changelog—a blog connected to the Archive that details the changes that editors make to files once they are posted online—could provide a model for how such commentaries could be more fully integrated into the experience of working with the Archive. 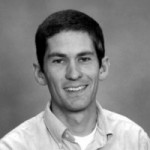