¶ 1 Leave a comment on paragraph 1 0 “Nothing is less reliable,” Jacques Derrida once wrote, “nothing is less clear than the word ‘archive.’ Nothing is more troubled and more troubling.”1 In his Freudian examination of knowledge production, Derrida posited archives as the mysterial locales where ideas, memories, and identity intertwined to create a muddle of public, private, and personal affairs, secrets, plots, and histories. Accordingly, they existed as both physical and mental spaces that inscribed political authority on the individual and social psyche. Peering into the archive, whether to string together documents and records or coerce ideas and knowledge, produced a fury of anticipation and anxiety, which he described as the “archive fever.” To paraphrase, archives embody both troubled concepts and troubling institutions.

¶ 2 Leave a comment on paragraph 2 0 Archives have long been the subject of scholarly intrigue, investigation, and idealization, and they have been cast as everything from the expressions of state authority and exploitation to sites of personal discovery and seduction. As Michel Foucault forwards, archives have been defined as the expressions of transcendent governmental power and, as Derrida suggests, as spaces where memory and social authority become visible.2 Archives have been cast as locations where scholars can uncover voices buried by institutional authority, as Antoinette Burton posits, or as sites to examine everyday colonial power relations, as Ann Laura Stoler suggests.3 They have been romanticized, to echo Arlette Farge, as the spaces of scholastic seduction where investigators discover themselves along with the traces of the past.4 And in recent years, as Francis Blouin and William Rosenberg suggest, archives have come to symbolize the growing professional divisions and historical understandings between those who collect and manage documents and those who interpret them.5

¶ 3 Leave a comment on paragraph 3 0 This special issue of Archive Journal, entitled “Archive Matters: Global Perspectives from CLIR Mellon Dissertation Fellows,” explores shifting approaches to the nature of archives, institutional knowledge, and the interpretation of sources by seven early career scholars.  As such, this volume addresses current practices, methods, and theories of archival research through the lens of the work and training of the dissertation fellowship. The six featured pieces detail research in both unconventional settings and traditional archives, while also critically defining archives and exploring how they reveal, elide, or submerge categories of historical analysis. Furthermore, in light of growing digitization around the globe, the essays here consider archival access and legibility; source collecting and organizing; and data management across institutions, national boundaries, and time.

¶ 4 Leave a comment on paragraph 4 0 The authors selected to contribute to this special issue are all recipients of the Mellon Fellowship for Dissertation Research in Original Sources, administered by the Council on Library and Information Resources (CLIR) and funded by The Andrew W. Mellon Foundation. Since 2002, the program has awarded fellowships to 227 top scholars from institutions across the United States to engage in original-source research in hundreds of archives around the world. Researchers are encouraged to think across disciplinary lines, to consider the formation and evolution of collections, and to recognize the integral role archivists play in both the history and contemporary act of knowledge production. As this volume shows, the CLIR Mellon Fellowship program promotes innovative research and challenges conventional approaches to archive-based scholarship.

¶ 5 Leave a comment on paragraph 5 0 The issue opens with several pieces that contemplate new models and frameworks of the archive that work outside of traditional disciplinary boundaries.  Elizabeth Cecil begins by positioning living ritual sites as archives in her piece called “The Medieval Temple as Material Archive.” Through close examination of a tenth-century temple complex, called Harsagiri in North Eastern Rajasthan, Cecil argues that over the course of several centuries, local communities treated temples and monuments as institutional memorials of the ritual and lived past.  According to Cecil, then, archival “collections” have been built into the walls, ruins, and ornaments of these medieval sites.

¶ 6 Leave a comment on paragraph 6 0 Lara Fabian’s piece, “Notes of Material Importance: Archival Archaeology in the South Caucasus,” reflects on the position of archival research in the field of archaeology, a “discipline of things” where archival research has traditionally been a peripheral approach, but in recent years has become increasingly central. By examining two case studies from her own research where archives were critical to understanding the scholarly traditions and interpreting the work of Soviet archaeologists in the South Caucasus, Fabian suggests that even for supposedly non-archival based disciplines such as archaeology, archives hold threads and clues of how knowledge of the past has been constructed by recent institutions.

¶ 7 Leave a comment on paragraph 7 0 In “Participatory Archives,” Lauren Tilton and Grace Elizabeth Hale speak to the authors’ endeavor to develop a new model of archive that is community focused and grounded in the values of the groups whose legacy the project seeks to preserve.  The Participatory Media project described in the piece has roots in the community media movements of the 1960s and 70s and is shaped by the movement’s cultural and intellectual underpinnings. Tilton and Hale bring these traditions in conversation with the scholarly disciplines of digital humanities, public humanities, and the emerging field of digital public humanities.  As such, this work outlines a digital trajectory for archives that not only engage scholars, but the wider public as their primary audience.

¶ 8 Leave a comment on paragraph 8 0 The issue turns to two works that examine how censorship and silences in the archival record can be correlated to create new repositories of knowledge.  In “Expurgated Books as an Archive of Practice,” Hannah Marcus considers the idea of an invisible archive bound by a topic or methodology dispersed across separate geographic locations and unconnected collecting institutions. By examining expurgated books of medicine and science, the essay suggests that these correlated works not only reveal the contours of the Roman Inquisition–the altering of letters, the silencing of ideas–but also challenge scholars of think beyond the traditional notion of a localized and physical archive.  Similarly, in his piece, “Sovereignty and Silence: The Creation of a Myth of Archival Destruction, Liège, 1408,” Ron Makleff seeks to complicate existing theories of archival silences. Through an examination of the aftermath of the Battle of Othée in 1408, Makleff considers the conditions in which gaps in the archival record were created and what the absence of information communicates about late medieval sovereignty. By reading along the archival grain, Makleff suggests that silences can be “put back into words” to reveal the interactions of a historical documentary culture that attempted to construct not only the archive, but knowledge of the state in which it was created.

¶ 9 Leave a comment on paragraph 9 0 The final essay moves to examine state power as it relates to the legacies of violence in the archive. In “Fugitive Justice: The Possible Futures of Prison Records from U.S. Colonial Rule in the Philippines,” Benjamin Weber examines prison records in the Philippines and their relationship to US colonial practices and bureaucracy as a tool for control. Weber grounds his work in theories of trauma archives and the prison abolitionist movement, considering the responsibilities of contemporary scholars when engaging with material that details an ongoing history of violence and oppression.

¶ 10 Leave a comment on paragraph 10 0 The work of the CLIR Mellon Fellows suggests that beyond simply troubled concepts and troubling institutions, archives exist as sites where interdisciplinary conversations should take place, where the digital histories and living ritual spaces can flourish, and where censored words can speak and muted bodies can be personalized yet again. We hope that this volume will engage in a discussion from a range of disciplines to consider how critical issues central to the nature, construction, and experience of the archive can reveal not only new sources but also raise fundamental questions about the definition of archives themselves in the production of historical knowledge. 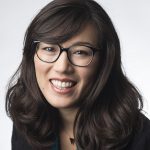 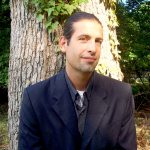 The Medieval Temple as Material Archive: Historical Preservation and the Production of Knowledge at Mount Harṣa

By Elizabeth A. Cecil

Notes of Material Importance: Archival Archaeology in the South Caucasus

Expurgated Books as an Archive of Practice

Sovereignty and Silence: The Creation of a Myth of Archival Destruction, Liège, 1408

Fugitive Justice: The Possible Futures of Prison Records from US Colonial Rule in the Philippines